Recently I had the opportunity to be part of two local Show of the organizations I belong to in Olds. The Wellspring Visual ArtNetwork one at the end of October and the Olds Art Club one at the beginning of this month.

While painting the last pieces for the Shows I realized that as a Mom, Children's/Youth Minister and Artist in the process of getting my ducks in a row to be more professional sometimes you can demand more than what anyone else would expect from you. Usually, when I've come to the point of almost not enjoying my time in the studio I simply stop, though I continue doing my due diligence: sketching, studying my future projects, stocking supplies, etc. This time I changed that trend. So, instead of leaving the pieces that I was working on incomplete, waiting to be revealed in the next show I finished 2 of them. The result? Somehow by ignoring my set "normal" I was able to apply the technics that I had in mind, the tones, the lights, strokes and lines that  for a while I wanted to mix but somehow I hadn't... maybe because I had not pushed enough to see the end result till the next time I would paint and by then my instinct had gone dormant.

This makes me think that, just like with anything else, when we stop doing what we are supposed to do (thinking that we can carry on the next day) somehow we loose that instinctive gut feeling that most of the time is based on what we have studied or observed (in Art) & that has processed the steps to be followed so it's materialized. 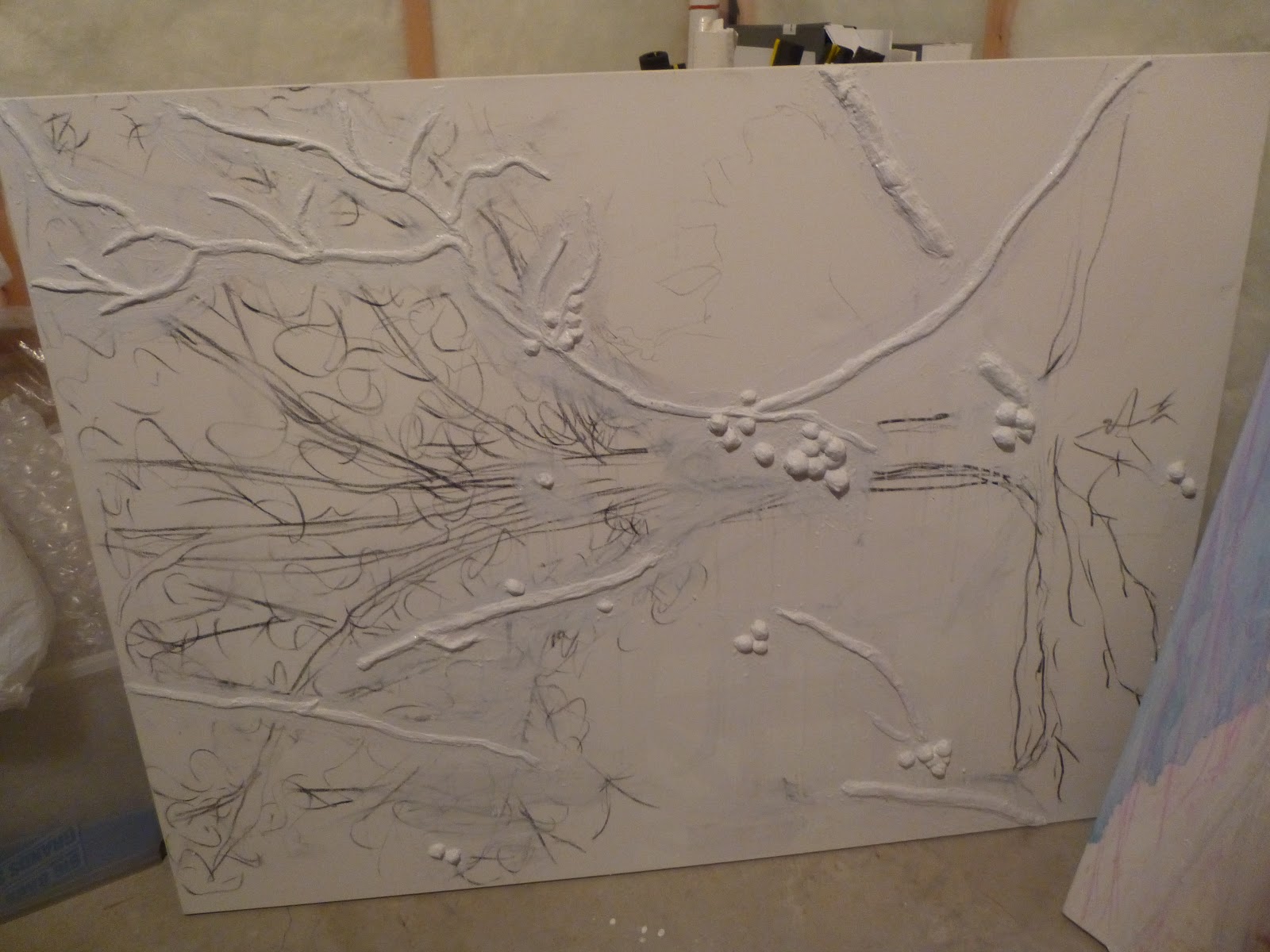 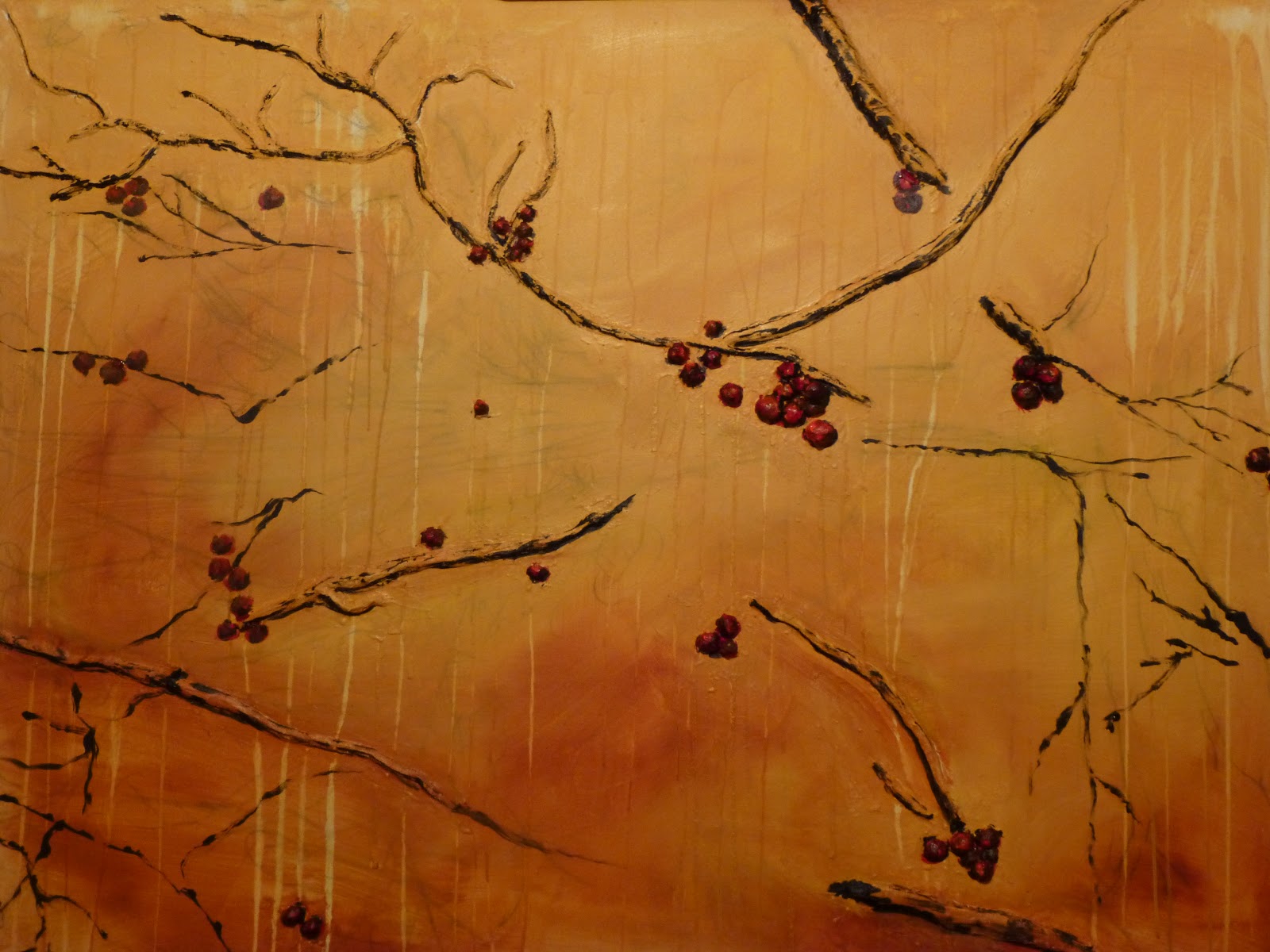 "Fall Berries" was a fun project to work on, because of what it meant but also because I enjoyed every part of the process, almost to the point of doubting if I wanted to finish it or not, since there were some steps in which it looked complete... maybe I'll do those steps to completion in another piece. 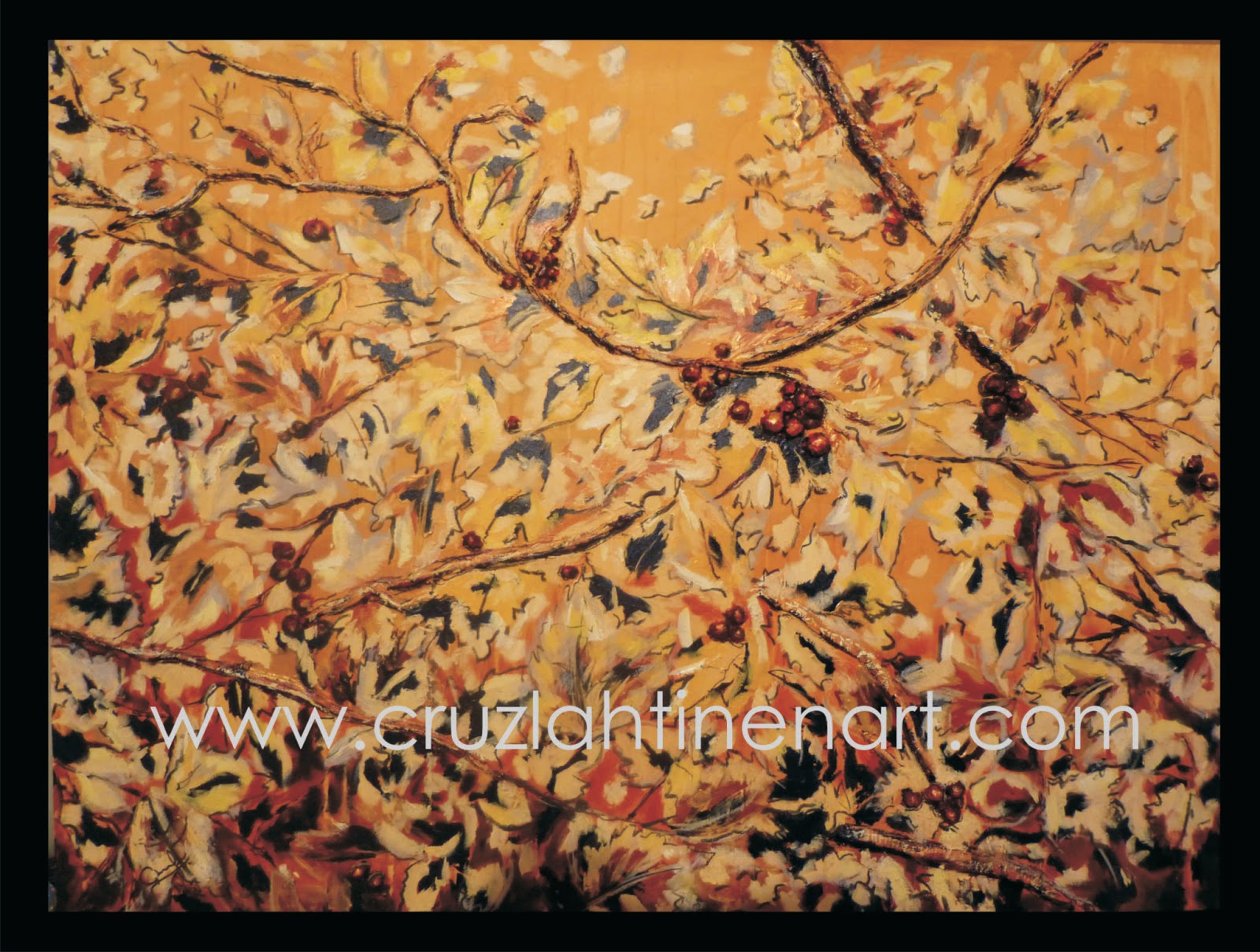